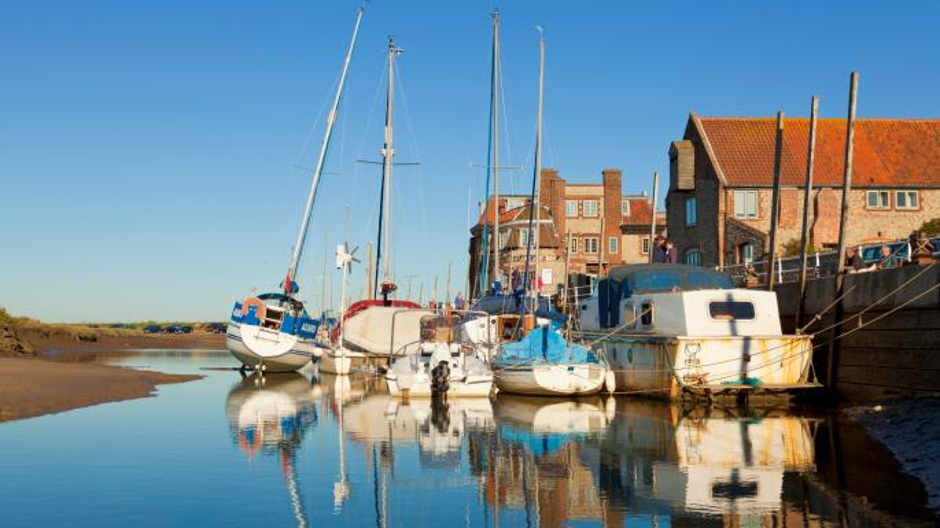 A recent article in The Times Newspaper sang the praises of this part of the world. If you are thinking of buying a retirement home, Brancaster Stays is the ideal base from which to explore the area. We reproduce the article below.

You’ve had the holiday — now make it permanent. Anyone who has spent time on the north Norfolk coast will know there’s something magical going on there. With its wild, windswept beaches, boundless skies and creeks and marshes that teem with wildlife, it’s a bewitching landscape that lures people back time and time again.

So it’s hardly a surprise that Norfolk is high on the wish list for people looking for somewhere to make the most of their free time when they are done with the daily grind.

There’s somewhere for everyone here. Chichi Burnham Market is where wealthy Londoners come to muddy their labradors and Hunter wellies and convert their holiday homes into a year-round retreat. Coastal villages such as Blakeney and Brancaster Staithe are a magnet for sailors and birdwatchers, and there’s more traditional seaside (piers, fish and chips, and bracing seascapes) as you head east towards Cromer.

Cromer is where Phil Cory, a former information technology teacher from near Grays in Essex, has settled. He lives at Justice Court, a retirement development, and says it has been a wonderful move.

“It is a slower pace of life,” he says. “The people are friendly and the amenities are exceptional, with lovely tearooms and shops. There is a station and a large superstore, and the pier gives fantastic views both sides towards Sheringham and Overstrand.”

In this part of the country people who have retired from the rat race are making a particular beeline for newbuild homes. Spencer Cushing, the branch manager of Sowerbys, an estate agency in Burnham Market, says that more than half of new houses at the top end of the market — above £500,000 — are being snapped up by downsizers.

Nigel Tollit and his wife, Liz, have just exchanged on a newbuild in Heacham, near Hunstanton, and are renting near by until completion next year.

For Nigel the attraction was golf. “I play at Hunstanton, which is a great links course, and there are lots of other good courses near by,” he says. “One of the best things is that we face west, so we see the most beautiful sunsets across the Wash. There are a lot of second homes but enough of us here all year to make it feel like a proper community.”

The popularity of luxury newbuild developments, such as Fleur’s Northshore Place at Brancaster Staithe or Four Miles at Docking, which has a pub, fish and chip shop, doctors’ surgery and primary school, have helped to bring life back to villages that could have felt neglected in the low season because of the number of holiday homes.

Brancaster, in particular, seems to be thriving. Its refurbished village hall has a post office, shop and space for community activities such as bridge, art and bowls.

The village hall in Blakeney, which was built in the 1980s, is just as busy, with carpet bowls, badminton, t’ai chi and a monthly film night. Being on the coast, homes here are some of the most expensive to buy.

For value, the trick is to look inland in villages such as Thursford. It is most famous for its Christmas spectacular show, including singing, dancing and variety, but is lively all year, as anyone who tried to squeeze into the church for this year’s harvest festival will testify. According to Cushing, anyone willing to drive for a few miles to get their fix of sea air can save almost 50 per cent on the price of a property.

Broadband Superfast coverage in Hunstanton, Wells-next-the-Sea, Sheringham and Cromer is high at 98 per cent, but outside the built-up areas it drops to 89 per cent. Full-fibre services are just starting to appear, with availability in a few clusters, but covering only 2 per cent of all premises at the moment.

Healthcare Many services are available at the Queen Elizabeth Hospital in King’s Lynn, although it’s rated inadequate by the Care Quality Commission, including for medical care and end-of-life care. Norfolk and Norwich University Hospital is slightly better, only deemed to “require improvement”, although it had the worst A&E delays in the country, according to recent figures. A new ward block is due to open next year, hopefully easing the pressure.

House prices There are plenty of specialist retirement flats costing from £105,000 to as much as £550,000 for a two-bedroom penthouse at the Sheringham House development in Sheringham. Detached bungalows cost from £300,000 and the best detached new-builds sell from about £400,000 to more than £1 million.